A structure defines an area where you can set permissions for players to do certain activities, like enter, build, interact, and open inventories. This is currently a great way to protect your base, but will be much more in the near future.

How do I build a structure?

Place Iron Blocks next to each other. The iron blocks must be directly adjacent (North, East, South, West, Up, or Down) - they cannot be diagonally adjacent.

An invisible protective cube forms around your structure, as illustrated by these white stained glass blocks. 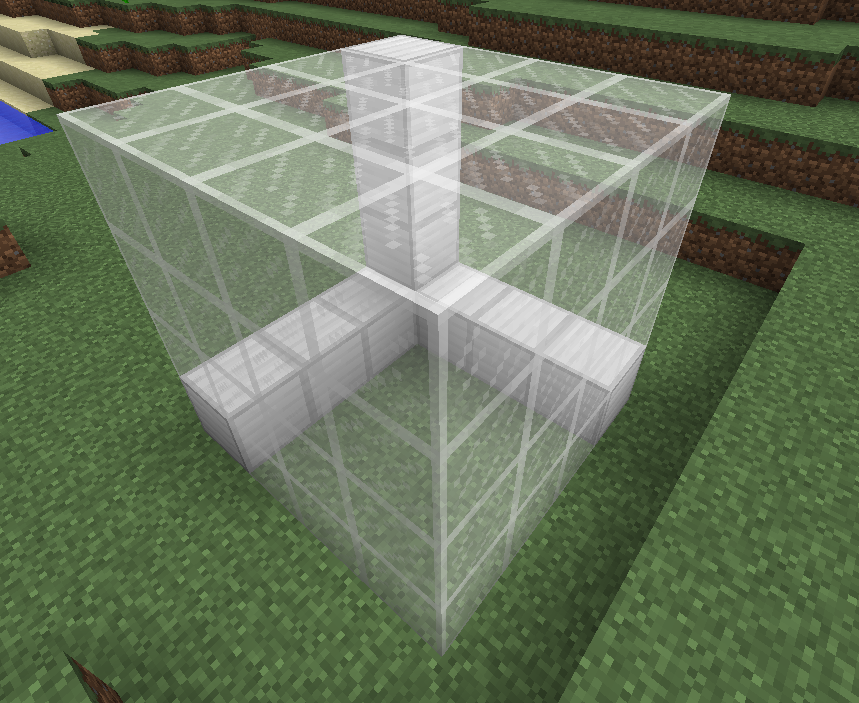 How do I set permissions for a structure?

Pro-tip: You can use the commands /struct or /s in place of /structure

permission-type defines what exactly you are giving permission to do. You can choose:

level specifies which group of players you would like to be able to perform the action.

How can I break into a structure?

hclewk creates a structure, and initially invests 100 rupees. Lexie invests 101 rupees. The total value of the structure is now 201 rupees, and Lexie has invested about 50.2% of the rupees. She becomes the owner.

How do I get back the rupees I have invested in a structure?

If a structure is not under siege, you will only receive a 25% refund if you break all iron blocks in your structure.

How much rupees do I have to invest to take over this structure?

Only the owner of that structure knows. The advantage here goes to the defender. You do not know going in how much you have to invest to take over a structure. Rest assured though, once you take over the structure, you can recoup your investment by destroying all the iron blocks of the structure.

Rupee is the ultimate source of power in the MCRPG universe. You use it to: Create Warps Obtain new…

Overview Warps are a way to get around quickly in the Mistborn world. They are a long-term investment. By…