This is the click test that was featured on Kohi. Simply click the box below as fast as you can for 10 seconds, and you'll be given your average CPS. 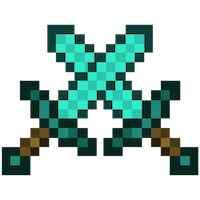 Is your blog down?

CPS stands for Clicks Per Second. This is an indicator of how fast you can click. In Minecraft 1.7 and 1.8, PVP skill could largely be determined by how clickly you can click. This was especially true on servers such as Kohi. This click test originated on kohi, and was recreated here on mcrpg for fun.